Our leadership team is made of experienced practitioners with many years of state-level experience in practice, leadership, and legislative action.  If you are interested in serving and have experience and passion to share, please contact us! 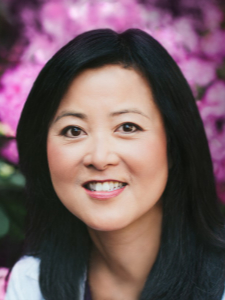 Dr. Olivia Hsu Friedman earned a Doctorate in Acupuncture and Chinese Medicine from Pacific College of Oriental Medicine, a diploma in Traditional Chinese Medicine Dermatology from Avicenna UK, and an MSOM from National University of Health Sciences.

Before serving on the Board of Directors of the American Society of Acupuncturists, Dr. Friedman was one of two Illinois delegates to the ASA and served on the Illinois Society of Acupuncturists as Vice President. She serves on the Advisory Board of LearnSkin, the faculty of the Chicago Integrative Eczema Support Group sponsored by the National Eczema Association and the NUHS Presidential Alumni Advisory Board. Dr. Friedman is the owner of Amethyst Holistic Skin Solutions and practices TCM Dermatology utilizing only herbal medicine in Chicago, Illinois. 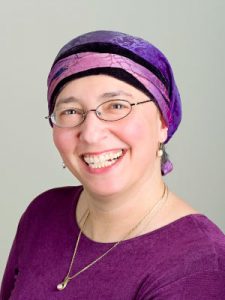 Amy graduated from the American College of Traditional Chinese Medicine in 1989 and was first licensed to practice acupuncture in CA.  Amy has been licensed in MA since 1992.  She serves on the AOMSM Board  and serves as its secretary as well as the ASA Board.  Amy works on the legislative committee in MA and serves as the Co-Chair of the AOMSM Dry Needling committee as well as serving as a Board Representative to the ASA Dry Needling Committee.  Amy  is also a trained birth educator, birth assistant and Certified Lactation Counselor.  Amy has been published in Parenting From the Heart, Round the Circle and Try Acupuncture. Amy practices in Northampton and Springfield, MA. Amy has a radio show with Bob Flaherty on WHMP, “Healing Outside the Box, Inside the Heart”.  Amy has a private practice in Northampton and Springfield MA and runs a women’s only clinic once a week.  Amy teaches birth preparation and fertility classes at the Cooley Dickinson Center for Midwifery Care. 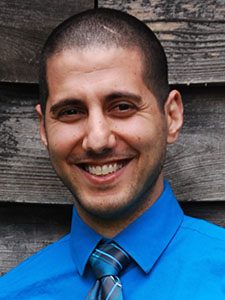 Zeyiad “Z” Elias is board certified in acupuncture and Chinese herbal medicine (CHM). He received his Master of Science from Pacific College and his Doctorate in Acupuncture and Oriental Medicine from Bastyr University, specializing in integrative oncology and pain management. At Bastyr, he conducted laboratory research on Chinese herbs and cancer, focusing on triple negative breast adenocarcinoma.

In Seattle, Zeyiad worked with internationally known oncology experts and integrated acupuncture and CHM into conventional care. He also served as Vice President of the Washington East Asian Medicine Association and board member of the Association of Integrative Oncology and Chinese Medicine. Prior to his appointment to the ASA, Zeyiad was a Washington State delegate to the Council of State Associations (CSA).

Zeyiad returned to his home state of Michigan to take up a position in Detroit with the Henry Ford Health System, where continues to practice and educate fellow clinicians and patients in the role of acupuncture and CHM in cancer. He continues to research and additionally works with multidisciplinary teams in the development of acupuncture and CHM in hospital based practice, particularly within integrative oncology. 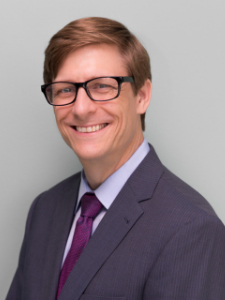 Jason Bussell earned his MSOM at the Midwest College of Oriental Medicine and his PhD in acupuncture from the Guangzhou University of Chinese Medicine.  In addition, he earned a MBA and MPH from Johns Hopkins University, and completed a post-doctoral fellowship at Memorial Sloan Kettering Cancer Center’s Integrative Medicine service. He spent 5 years on the board of directors of the Illinois Association of Acupuncture and Oriental Medicine (2 as President), and 6 years as Vice-Chairman of the Illinois Department of Professional Regulation’s Acupuncture Board. He has published articles in peer-reviewed scientific journals, lay publication, and his book The Asian Diet has been sold around the world. Jason has taught at Northwestern and DePaul Universities, and spent several years on the Curriculum Advisory Committee for the Pacific College of OM, Chicago. He has been in private practice near Chicago since 2003. Apart from practicing, Jason is a devoted husband and father to two girls, a musician and songwriter, and a triathlete. 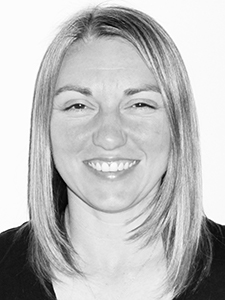 Prior to attending Pacific College of Oriental Medicine – San Diego (PCOM-SD), Dr. Cronin earned degrees in History, Political Science and Psychology as well as served in the Marine Corps. After serving in the Marine Corps, she discovered her passion to help others by treating the whole person, which led to her decision to attend PCOM-SD. Immediately after completing her MSTOM, she began her doctoral work where she evaluated the ability of the NADA protocol to treat Combat Stress Induced Insomnia. Dr. Cronin completed the DAOM in 2012 and her work was published in The Journal of Chinese Medicine in October 2013.

Dr. Cronin started the Veterans Clinic in September 2013 and co-supervised the clinic with her mentor Dr. Erin Raskin and Hind Conner until January 2019. As of December 2018, Veterans Clinic has provided over 5400 treatment thus far. She currently teaches Acupuncture Channels and Points 1 and 4, Biomedical Pathology and serves as Curriculum and Program Review chair. Dr. Cronin is also a board member of the American Society of Acupuncturists. Additionally, Dr. Cronin served as lead faculty for the t-DACM program as well as chairperson for the Institutional Review Board at PCOM until June 2017. 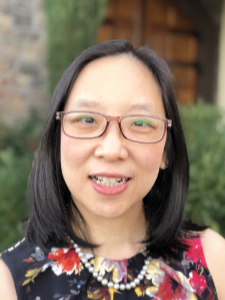 LiMing Tseng received her Masters in Acupuncture and Oriental Medicine in 2001 from the New England School of Acupuncture, with a concentration in Japanese and Chinese acupuncture and Chinese herbal medicine.  Li is the current Director of Continuing Education of the Vermont Acupuncture Association (VTAA), formerly serving 8 years as Secretary and Board Director. She is a member of the Vermont Acupuncture Association and the Society for Acupuncture Research.  Li’s  involvement with ASA, started as the Vermont representative for Presidents’ Council (former ASA), since 2009.  She served as PC secretary in 2010. Her first involvement with the PC started with a luncheon with fellow state representatives in 2007.  Li maintains a busy acupuncture practice in the beautiful resort town of Stowe, Vermont. 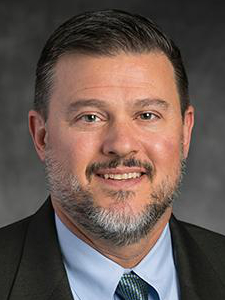 Dr. David W. Miller, MD, LAc is the founding Medical Director for Pediatric Integrative Medicine with the University Hospitals Connor Integrative Health Network and Rainbow Babies and Children’s Hospital in Cleveland, Ohio.  He is one of the only physicians dually board certified in Pediatrics (American Board of Pediatrics) and Chinese medicine (NCCAOM – National Certification Commission for Acupuncture and Oriental Medicine).  Prior to joining the UH Connor network, Dr. Miller was in private practice with East-West Integrated Medicine, LLC in Chicago, Illinois for 14 years, and saw patients of all ages for holistic and integrative care.

Dr. Miller has designed curricula in masters and doctoral programs in integrative physiology, pediatrics, medical communications, and public health and is an active participant and leader in numerous state and nation medical associations.  He is the founding Chair, and now Immediate Past Chair, of the American Society of Acupuncturists, and immediate past-Chair of the NCCAOM board development committee on Biomedicine.  He participates actively with the American Academy of Medical Acupuncture, the American Medical Association, the Integrative Health Policy Consortium, and other state and national groups.  He has served on the Illinois state regulatory board for acupuncture, and has passed legislation related to the practice of acupuncture in Illinois, and has also lobbied nationally for issues related to acupuncture and integrative medicine.

Dr. Miller received his Bachelor’s degree in Mathematics from Vassar College, his M.D. from the Brown University School of Medicine, and completed his internship and residency in Pediatrics at the University of Chicago.  He then completed his Master of Science in Traditional Oriental Medicine with the Pacific College of Oriental Medicine in Chicago. 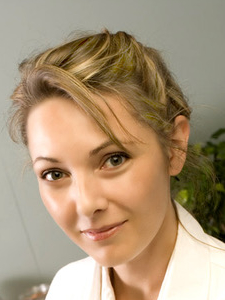 Charis Wolf earned her Bachelor’s of Arts in Intellectual History from UC Davis, after being a physics major for 3.5 years which also earned her a minor in physical sciences.  During her first year in undergrad, she worked for Department of Energy, UC Berkeley lab in Livermore, CA doing genetic research.  Upon graduating she moved to San Francisco and had a 10 year career in marketing and branding until she realized that wanted a career that was more fulfilling.  Her inspiration led her to a Masters of Science in Traditional Chinese Medicine from the American College of Traditional Chinese Medicine.

Charis went on to practice in California for nearly 10 years and then moved to WA state where she has been practicing for over 5 years.  During her time in WA state she worked in an integrative medicine clinic and volunteered for the Washington state association, where she went on to be Vice President and then President.  Her service has included running legislation, working on research literature review to increase insurance coverage and serving as the state representative to the ASA for 2 years.  She has also been a practitioner in research funded by the NCCIH through the University of Washington studying Acupuncture and Traumatic Brain Injury.  Currently she holds a teaching position at the Seattle Institute of East Asian Medicine and runs her own practice.  Her passions are building interdisciplinary relationships, teaching and research.

Beyond her work, she is an avid gardener, enjoys the outdoors and makes all kinds of herbal concoctions for her family. 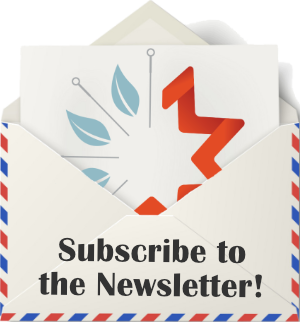 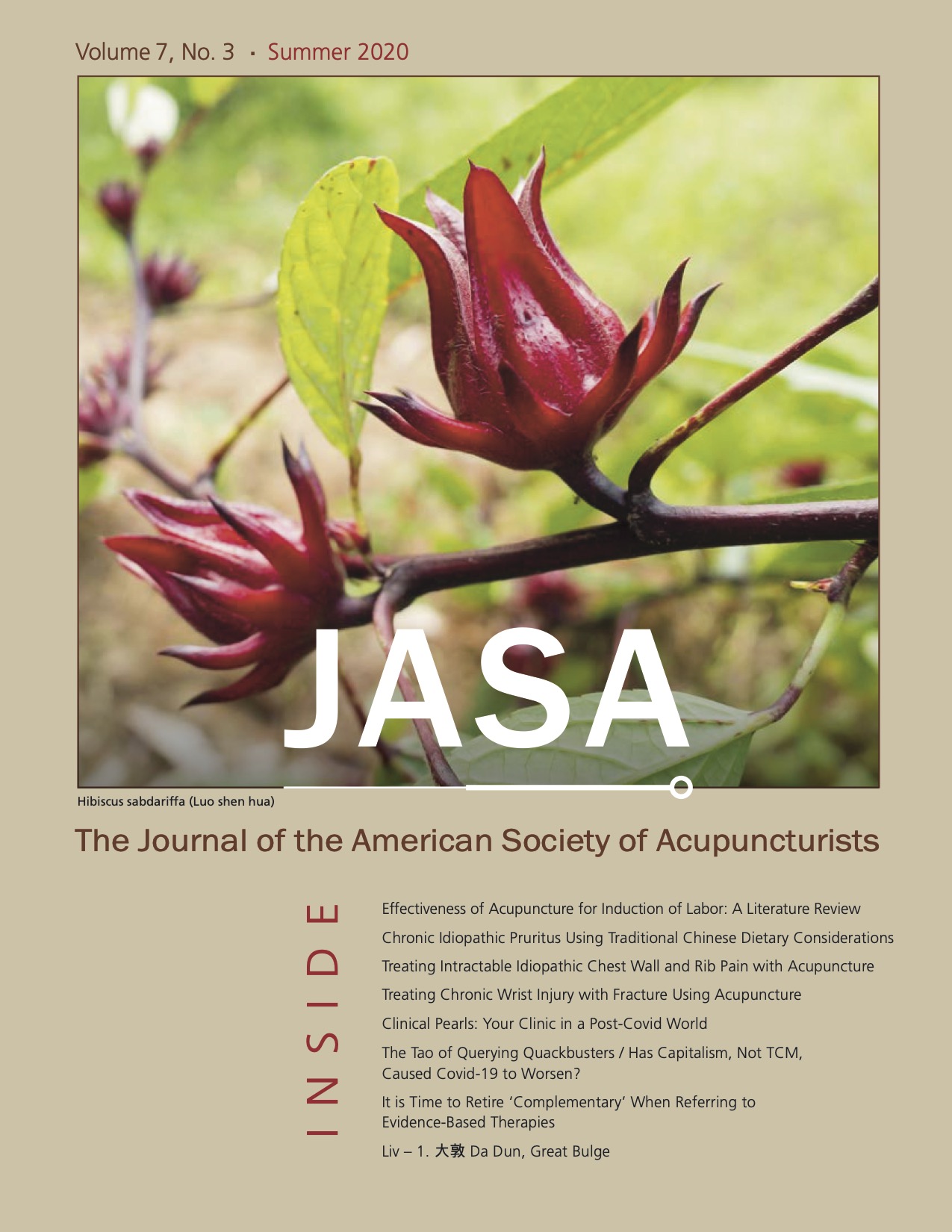 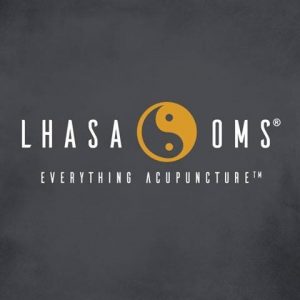